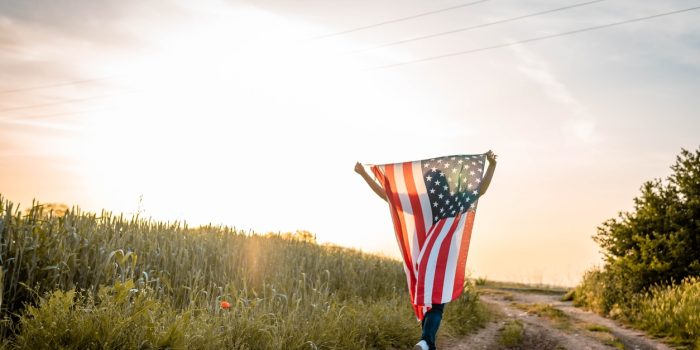 Let’s face it—city life isn’t the dream of every American. Urban centers hold plenty of glitz and glamor for some, but for others, the call of clean, American country is louder than the call of traffic, crowded restaurants, and struggling to find a parking space. For hundreds of millions of Americans, the smaller corners of our great country are “home.”

But the liberty to live where you want doesn’t always come with the ability. Building on rural, undeveloped land poses its own challenges, to say nothing of retaining all the modern conveniences (like indoor plumbing) to which we’ve grown accustomed.

At Economy Septic Tank Service in Jacksonville, AL, we celebrate the plumbing innovation that allows past, present, and future Americans to build where they want and live how they want. Here’s how septic tanks and septic systems enhance our vital American freedoms.

There’s a lot of land in America. We have rolling hills, great plains, dales, hollers, desert, and snow-capped mountains. For each and every American, there’s a slice of soil to match their spirit. When you find a bit of country that speaks to you, putting down roots is less a luxury than an obligation.

Septic tanks and septic systems can be used nearly anywhere across our nation. As simple, organically-powered systems, septic technology only requires 4 essential parts. There’s the pipe from the home, the tank, the leach field (or drain field), and the soil itself. Beyond these components, septic systems have no limitations on where or who they serve.

Urban sewers, water treatment plants, and waste centers cost money, which is reflected in monthly bills, taxes, and property value. Furthermore, when upgrades or repairs need to be made, it’s the citizens who foot the (rather expensive) bill.

Septic systems, meanwhile, can last upwards of 2 decades and only require affordable pumping every 3-5 years. With septic, there’s no monthly bills, no communal tax, and no footing the bill for expensive upgrades caused by bad planning or poor use.

Engineering at the urban scale requires colossal projects of an industrial scope. Thousands of miles of pipe have to be laid with connections to each and every individual home. Waste from these apartments, office buildings, high rises, and houses is treated with chemicals, processed until it’s roundly safe, then reintroduced into the system.

Septic tanks are, frankly speaking, simpler. Within your septic tank, naturally occurring organisms feed on and process organic waste. Once processed, this relatively “cleaner” waste product is distributed into the soil where vegetation, sediment, and gravity further purge it of harmful substances. From there, it’s reintroduced into the earth as safe and sustainable groundwater.

Septic systems are less disruptive to the land, less caustic to the population, and leave less of an impact on our nation. Even if you’re not into conservation or nature, you can appreciate leaving more of our beautiful country just as it is.

At Economic Septic, we have more than just a passing appreciation of septic technology. We pump, repair, and install septic tanks because of the liberty they provide to American homeowners.

If you’re building a new home and need a septic tank installed, or if you need an inspection on an inherited septic tank, give the pros at Economy Septic a call. There’s nothing more American than taking care of your home, land, and family!

Build Where You Want, How You Want, Anywhere in America

While septic systems offer plenty of freedoms to match our American pioneering spirit, they also come with plenty of responsibilities. As a homeowner, you’re in charge of keeping your septic system healthy & operational. For pumping every 3-5 years (on average) or inspections when you detect a problem, call the pros at Economy Septic today at (256) 435-1086!

What to Do When Septic Smells Are Haunting Your Home?

There’s nothing much worse than sewage smells in your home. These unwanted smells can disrupt…

Why Septic Tank Inspections Are Important

Septic system maintenance may feel like an unnecessary cost, and it’s easy to think about…

For many home and business owners, septic systems aren’t necessarily a choice. Often, we purchase…