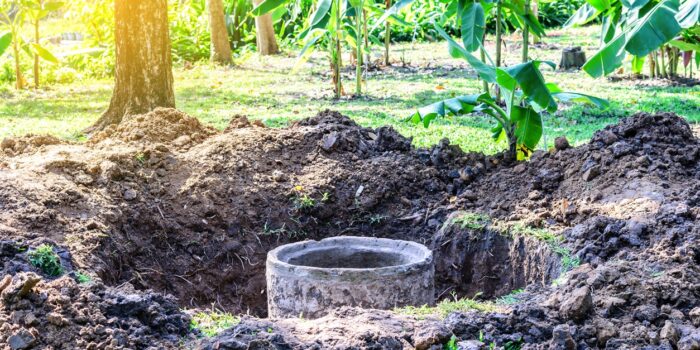 Chances are good that most of us have experienced a so-called “frequency illusion” at some point in our lives. We notice something for the first time—a car model, a fashion trend, or even a popular phrase—and then, out of nowhere, we seem to notice it again and again. Once we’re exposed to something new, we start to see it everywhere even if it’s not as common as we might think.

Chances are equally good that those of us who live on municipal sewer lines fail to notice how popular septic systems truly are in America today. By contrast, homeowners with a septic system likely see other septic systems just about everywhere they go.

This leads us to an interesting question: how common are septic systems in the United States? In what regions are they most used? And how do they compare in cost to municipal alternatives?

Here’s a rundown of septic systems by the numbers.

Land of the Free

The versatility and efficiency of septic systems makes them a popular choice for many Americans who live outside of large metropolitan areas. But the number of American households relying on septic systems today may surprise you.

According to a 2013 sewage review by water resource website Growing Blue, nearly 25% of America’s households rely on septic systems. That means that roughly 26 million households and 60 million people trust septic systems to treat their waste and wastewater every day. This trend continues in new developments as well with roughly 33% of all new nationwide developments relying on decentralized water treatment technology.

Septic usage is not equally distributed throughout the United States, however. Regionality plays a large part in septic reliance.

Despite its popularity as a supposed “rural alternative” to municipal sewer lines, septic systems are common in both densely populated and sparsely populated areas. Like the number of septic households in America, the regional breakdown of septic usage is surprising and flies in the face of many common myths about septic prevalence.

The Mountain region (made up of states between Texas and California) is the least reliant on septic systems with only 6% of new homes being constructed beyond a municipal sewer line. If nothing else, this regional breakdown of septic usage contradicts the common myth that only rural homes require alternative waste management systems.

For many Americans, the usual monthly expenses include a water or sewage bill. Septic owners, meanwhile, can anticipate pumping their tank every 3-5 years. But beyond the monthly sewer bill and occasional pumping, how do costs stack up between sewer and septic?

When buying a home with a septic system, most of the work has already been done. While new septic systems can cost anywhere from $3,000-$10,000, this figure is usually included in the cost of a new home. The cost of pumping every 3-5 years usually runs in the area of $275 to just under $600 depending on tank size.

Monthly sewer and water bills depend largely on where you live. But on average in 2021, American households can expect to pay:

It should be noted, however, that these figures are an average estimate of costs when living on a well-operated, municipal sewer and water system. Repairs, breakages, and poor municipal spending can all drastically increase these costs without warning.

While septic owners can expect to pay for pumping every few years and other repair costs as they arise, septic is clearly the more affordable of the two.

Septic systems are more common, popular, and affordable than many of us previously thought. Given their simplicity, ruggedness, and reliance on natural bacteria and soil science, septic systems are truly a marvel of modern waste management engineering (despite being invented in the 1860s).

If you live on a property with a septic system, or if you’re in the market for a septic-connected home, consider yourself fortunate! For all your septic needs, there’s a local company to help you stay on top of maintenance, repairs, and best practices for daily usage!

Make the most of your septic system with Economy Septic today!

When choosing a new home, most of us are too concerned with school districts or wall color to think about septic vs. sewer. We choose a home first and then live with sewer line or septic system that comes with it. For those of us fortunate enough to own a septic system, Economy Septic is here to explain everything you need to know. For maintenance, best tips and practices, or more septic statistics, call Economy Septic today at (256) 435-1086!

Home ownership is a constantly changing, but ultimately rewarding endeavor. As homeowners, we become the…

Getting to Know Your Septic System’s Bacteria

The human world is full of big things. For instance: there’s our big house surrounded…